We’re on a mission to democratize the software industry.

Every company is now a software company. Our suite of no-code products are hand crafted to help you stay ahead of the curve.

Get StartedRequest a Demo

A Tale of 2 Card Games

Hatch Apps was founded by Param Jaggi and Amelia Friedman in 2015 with the vision to build the go-to place for custom software. The duo originally launched and sold 4,000 units of The 2016 Election Game to fund the product development.

The original product, a no-code mobile app builder, launched in late 2017. After participating in the Y Combinator fellowship, the company raised $2.2 million from Morgan Stanley, Revolution Rise of the Rest, January Ventures, and several other notable investors. Using the same core technology, Hatch Apps has expanded to be a suite of no-code products designed to democratize the software industry.

To self-fund the company's growth, the team launched another card game called Done With 2020. The game sold 35,000 units to people around the world. Now, all customers, investors, and employees get a copy of both card games.

Hatch Apps is a remote-first company with team members in the US, Turkey, India, Pakistan, and Bangladesh.

We've partnered with
156
customers from around the world
Those customers have built
390
mobile and web apps
Those apps have been used by
220,000
end users
We've sold
39,000
card games
Investors from Wall Street to Silicon Valley

We're a completely distributed team. All employees are online and available to respond during standard work hours but can work flexibly.

Make decisions based on data, not opinions. We value operational transparency and honesty, even when things don't go as planned.

A-players are forces of nature: they get the job done, are relentless, and lead by example. We have a zero tolerance policy for mediocracy.

We don't have company-wide meetings. Unless it's related to building a strategy, all information is shared via thoughtful written communication.

We strive for operational efficiency through modularity. Every part of the business should be plug-and-play for future use cases.

Don't be a sheep

We take inspiration from companies that we respect but don't follow the herd. We're builders, not sheep. Hatch Apps paves its own path.

Want to learn more about our culture? Learn more here.

We’re on a mission to democratize the software industry.

Every company is now a software company. Our suite of no-code products are hand crafted to help you stay ahead of the curve.
Get Started 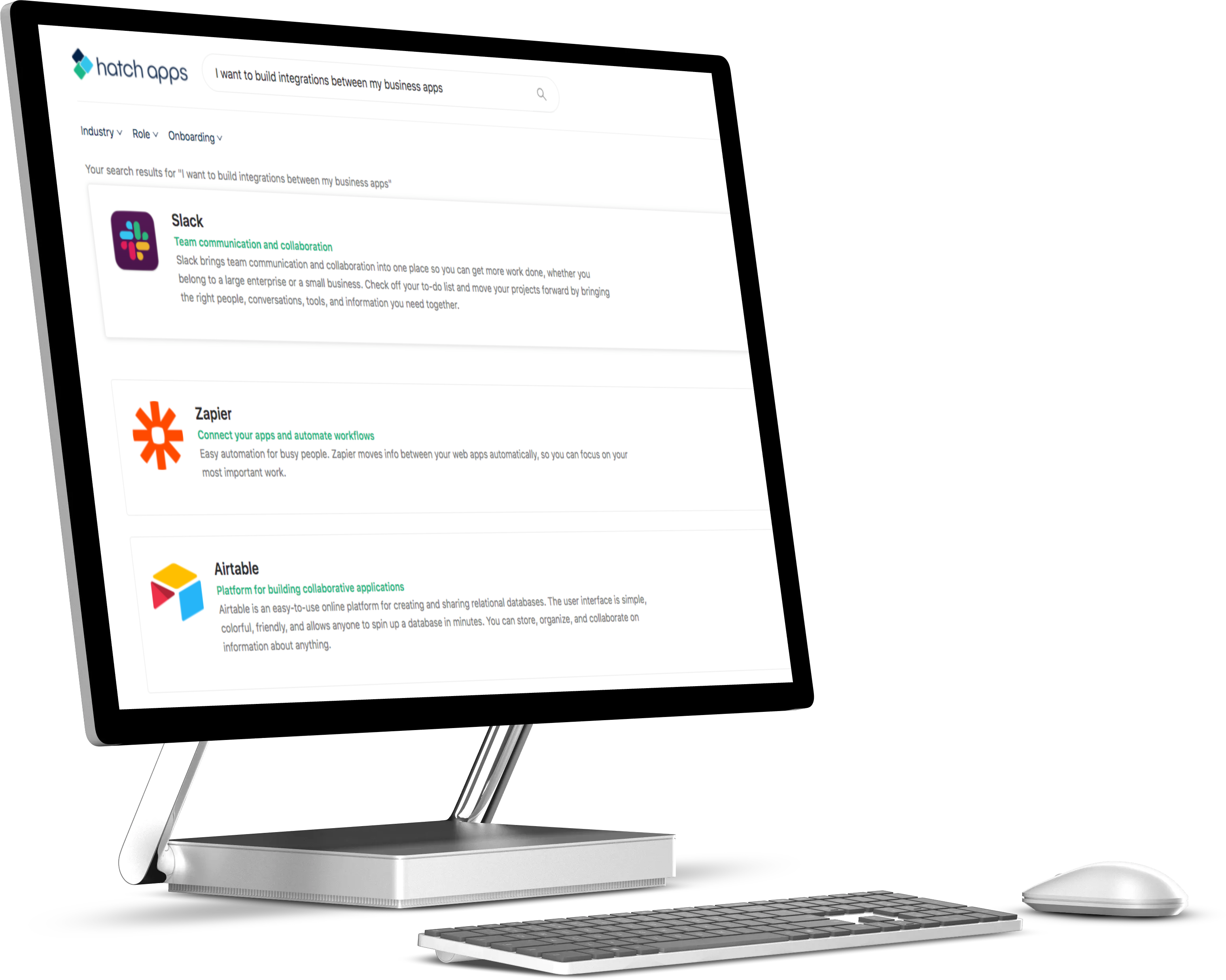